New field ranger training guidelines, could save the lives of those on the front line of the poaching battle | WWF

New field ranger training guidelines, could save the lives of those on the front line of the poaching battle 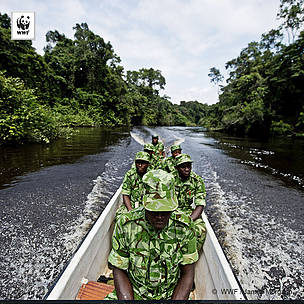 Ranger Team
© WWF-US / Jame Morgan
9 February 2017 - In the midst of a global poaching crisis, today marks the launch of the most comprehensive Training Guidelines for Field Rangers, providing anti-poaching units with a revolutionary resource to improve conditions and training on the front line. This is the first of its kind and a resource which could save the lives of both humans and wildlife.

Over the past decade, more than 1,000 rangers have been killed on duty*, with 80 per cent murdered by poachers and armed militia groups. This tragic loss of life underlines the need for well-trained and well-equipped anti-poaching rangers.

The team of experts who developed this resource have over a century of combined experience and are amongst the most respected wildlife rangers in the world. This is the first in a series of guidelines that will be rolled out worldwide by the International Ranger Federation, the Global Tiger Forum, Thin Green Line Foundation, PAMS Foundation and WWF.

“The illegal trade in wildlife and wildlife products is resulting in significant declines in the populations of many species across the globe. For example, the levels of poaching of elephants, rhinos, pangolins and tigers are threatening these species with extinction in the wild. Anti-poaching training needs to be effective so that protected area authorities and rangers can better safeguard wildlife from this grave threat.”
The illegal wildlife trade is the fourth most lucrative criminal trade and estimated to be worth at least USD $19 billion per year. Poachers targeting iconic species such as elephants, rhinos and tigers are using increasingly sophisticated techniques and violent tactics to fulfil their missions. The deployment of insufficiently trained rangers has at times resulted in the failure of operations, serious injuries and even death. Many rangers still have no insurance today; should they suffer injuries – or even death – they would no longer able to provide for their families.

“The stark reality for rangers means facing the threat of serious injury or the loss of life on a daily basis. Very often, operations fail due to lack of training, funding and staffing. This must change if we hope to protect our wildlife and greatly improve the lives of those striving to do so.”

Last year, WWF carried out the first ever Ranger Perception Surveys that were completed by wildlife rangers across Asia and Africa. The results revealed that most rangers had faced a life-threatening situation while on duty, and believe that they are underequipped. Nearly half felt they lacked adequate training to do their jobs safely and effectively.

“It is essential that rangers have the essential skills and tools training to do their job safely and successfully. The development of the best practice guidelines represents a landmark step in the process towards ensuring that anti-poaching rangers get the level of training they deserve.”

Field ranger basic training is the most important part of the development of field rangers. It prepares them for the actual circumstances that they will encounter during the day-to-day tasks to be performed once employed as field rangers.

Field rangers play a critical role in safeguarding the world’s most endangered species. Recent figures revealed around 20,000 elephants are poached every year in Africa. Since Selous Game Reserve became a World Heritage site in 1982, nearly 90% of its elephants have been lost mainly due to poaching. Selous now risks losing its World Heritage status. Across Asia, the 13 tiger ranger countries are working tirelessly to double tiger numbers by 2022 - the illegal wildlife trade is one of the greatest threats with recent progress hanging on a knife edge due to this illicit activity. 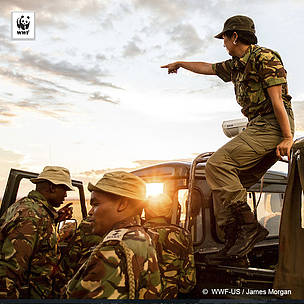